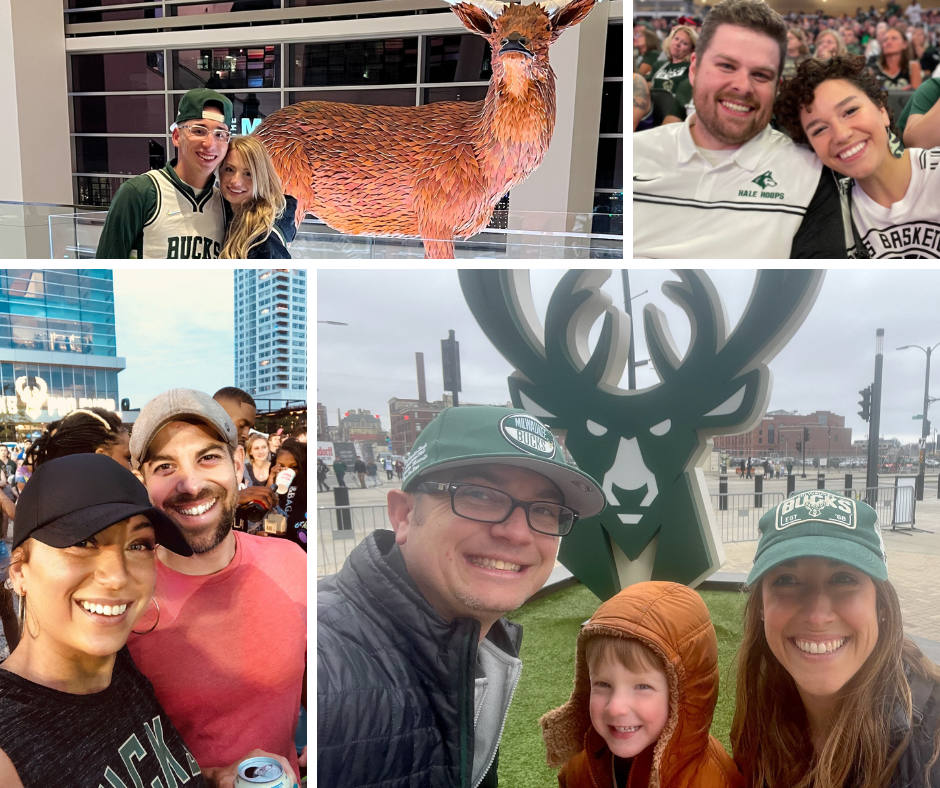 NBA, be warned: The Bucks are back.

Giannis and company are back in the playoffs, and while they may have won the NBA Finals last season, the defending champs are no less hungry to hoist the trophy once again, prove all the doubters wrong and celebrate with another 50-piece

To help fans both crazed and casual keep up with Milwaukee’s run for a repeat championship ring, here’s a guide to the basics of the Bucks’ current playoff push – from who they’re currently playing to where the series stands and what could happen next. I’d call it an idiot’s guide to the NBA playoffs – but if you’re rooting for Giannis and the Bucks, you’re far from an idiot.

Here’s everything you need to know about the Milwaukee’s place in the NBA playoffs:

Who the Bucks are playing

Get ready for a rivalry as the Bucks will start their championship defense against the sixth-seeded Chicago Bulls. After a hot start to the season, the Bucks’ nemesis from the other side of the border came painfully back down to earth thanks to a combination of injuries (point guard Lonzo Ball is still injured while energetic defensive specialist Alex Caruso left Game 4 with a bloody face) and on-court struggles, finishing the regular season at 46-36 with very few wins against the top-tier teams of the NBA.

Still, despite the Bulls struggles, the first-round matchup should have some spice thanks to the rivalry aspect of the pairing. Even removing the obvious geographical proximity, the two teams don’t like each other. The last time the two teams met in the playoffs, Giannis body-checked Mike Dunleavy into the stands – and while the teams are very different now, this past season added some more fuel to the fire when Grayson Allen committed a hard foul on Chicago fan favorite Alex Caruso, injuring him for a not-insignificant portion of the regular season. With all of that history – plus the Bulls making their first postseason appearance since 2017 – expect an energetic opening round between the two Central Division foes.

Where the series currently stands

Heading into Game 5, the Bucks have a 3-1 lead over the Bulls, with only one more win needed to move Milwaukee on to the next round. However, they’ll have to finish Chicago off without the help of their second-best player: Khris Middleton, who strained his MCL in Game 2 and is out for this series – at the least.

Where the Bucks are playing

As the higher seed in this first-round matchup, the Bucks claim home court advantage against the Bulls. This means, after starting the series at home and taking both Game 3 and 4 in Chicago, the potential knockout Game 5 will be hosted at Fiserv Forum. If necessary, if the Bulls pull off the upset in Game 5, the series would return to Chicago for Game 6. But thanks to owning the home court advantage, if the series were to go the seven-game distance, the decisive final spat would take place at Fiserv Forum.

When the Bucks are playing

Here’s the schedule for the Bucks-Bulls series as it currently stands:

Games 6 and 7 are not technically necessary yet – but if the series goes beyond the five-game gentleman’s sweep, stay tuned for announcements on when those games will tip off.

Where to watch the Bucks

The channel for Game 5 against the Bulls has yet to be formally announced, but Bucks thus far have been on two channels: TNT and ABC.

For a full guide of general tips and tricks on how to stream the playoffs, especially if you’ve cut the cord, check out our Bucks playoffs streaming guide – but if the series stays on either ABC or TNT, both channels are available to stream on their respective websites (with the help of some cable sign-in info, in the case of TNT) as well as available on most live television streaming services, like Sling TV or Hulu with Live TV. In the case of ABC, fans can also access the channel for free with the help of an old-school antenna.

If you’d like to avoid all of that nonsense, you could always watch elsewhere with your fellow Bucks fans! Just about any bar qualifies as a sports bar these days, but if you want some particular fan favorites, check out this sports bar guide. If you really want the full Bucks fandom experience, however, come down to Deer District during gametime for one of the Downtown hub’s viewing parties. Opening two hours before tip-off, the watch parties feature the game, food, beverage and plenty of your Brew City brethren cheering in both the surrounding bars as well as outside in the open-air plaza space.

If the Bucks manage to take the Bulls by the horns and move on to the second round of the Eastern Conference playoffs (*knocks on all the wood in the area code*), Milwaukee would meet the winner of the two-seed versus seven-seed matchup: the Boston Celtics versus the Brooklyn Nets. The Celtics currently hold a 3-0 lead over Brooklyn, with a chance to sweep the series on Monday night – so if Boston finishes the job and wins the first-round series, the Bucks would start on the road in Boston to start their matchup. If the Nets were to comeback and beat the Celtics, though, the Bucks would host the first two games of the next round.