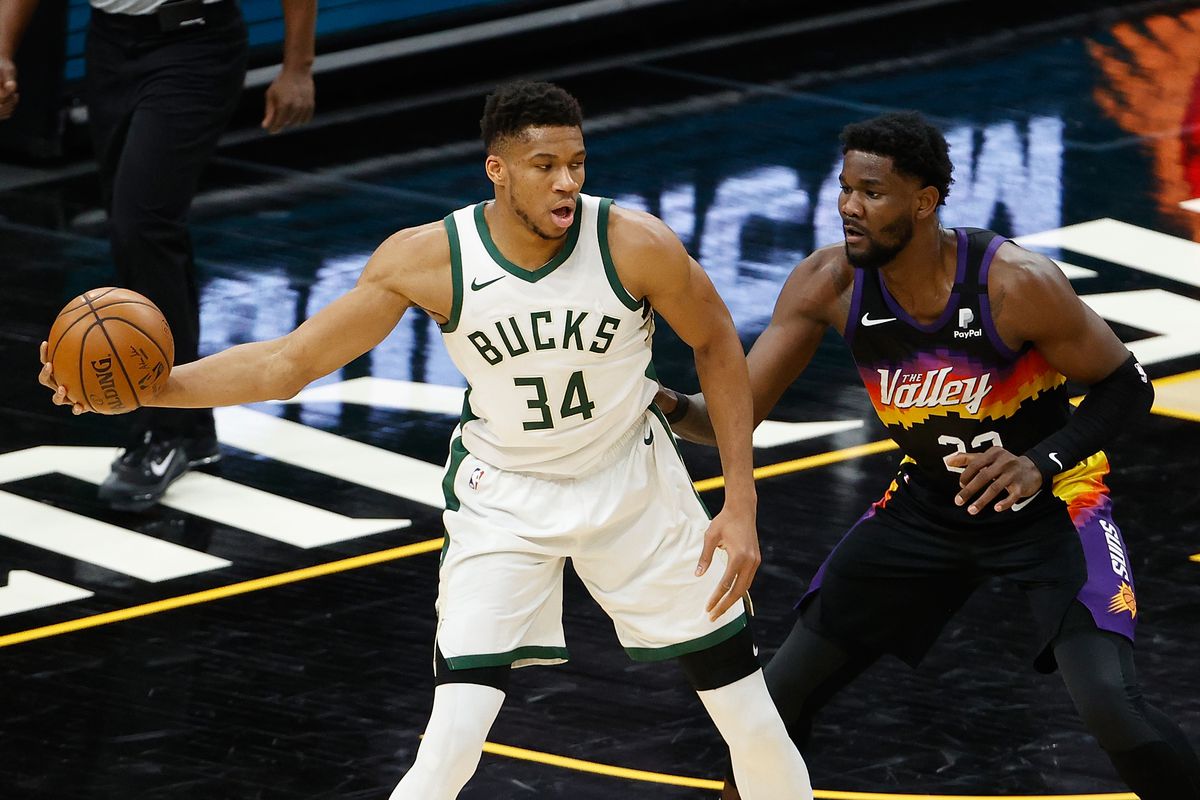 In a Wednesday night showdown in the desert, the Bucks were unable to get things done vs. the Phoenix Suns, falling by a score of 125-124.

There wouldn’t be much shyness from both offenses early on, as things began to click right away for both squads. Giannis and DeAndre Ayton both posted 10 points in the opening 12 minutes, and things were left knotted up at 32 apiece after one with both squads shooting at quite respectable rates.

Bryn Forbes would really start to come alive in the second, and it helped expand Milwaukee’s lead to double digits. Not just Forbes, but the Milwaukee offense was really starting to cook things up — they’d pour in 39 points in the period. It’d help the Bucks mount a 71-59 advantage going into halftime.

Milwaukee would quickly get Phoenix into the bonus in the third quarter — with 9:10 remaining in the period to be exact. However, despite the early foul differential, the Bucks didn’t fully cough up their lead. An 11-2 run by the Suns while Giannis rested closed things out though, and Milwaukee carried just a three point advantage into the fourth.

Phoenix really tightened up their defense on the perimeter, and it really hindered Milwaukee’s ability to score. This was a major reason as to why the Suns would eventually regain the lead early on in the fourth. They’d hold that lead for the majority of the period, until the Bucks made a late run and knotted things up with a couple minutes left. Eventually, the Bucks would have a chance to win it, but Giannis would fail to convert on a shot from the top of the key. Phoenix would end up taking home the 125-124 victory.

For Milwaukee, Giannis led the way with a game-high 47 points on 15-of-22 shooting. Devin Booker led the scoring for the Suns with 30 points.

What Did We Learn?

This was a game where the Bucks really missed what Jrue Holiday brings the table. Coming in, we knew there was a very strong likelihood of this happening because of Chris Paul. That’d be exactly what happened, as Paul would play a crucial part in the victory for Phoenix, with his stat line reading 28 points with seven assists. You’d like to think that some of that damage would’ve been mitigated had Holiday been assigned to him defensively.

Giannis had a very respectable outing from the free throw line.

Giannis Antetokounmpo would lead all scorers on the night with 47 points, and a large bulk of those points derived from the free throw line — 17 to be exact. Given Giannis’ poor free throw shooting this season, that was a performance that Bucks fans were dying to see. It just shows how much of an additional difference he can make when he’s connecting from the charity stripe at a consistent level. We’ll see if this was a fluke or a new trend, as next on the Bucks’ slate is a showdown vs. Utah — a game where Giannis will surely be getting a hefty number of free throw attempts.

The third quarter continues to be the Bucks’ enemy.

So many times this season, the Bucks have seemed to fall apart when the third quarter rolls around. That happened again yesterday. After creating a double-digit lead before halftime, Milwaukee would quickly find themselves in trouble as Phoenix got into the bonus not even three minutes into the quarter. That’d allow them a path to put a dent in things, which is exactly what they did. By the time things headed into the fourth, the Suns had trimmed the deficit to single digits, and ultimately, a path to victory. Surely, a more consistent level of play throughout the third is an improvement the Bucks will look to make moving onward.

Bryn Forbes put forth another strong contribution from his starting role.

With Jrue Holiday continuing to be sidelined, Forbes was once again called to fill his spot in the starting five. He’d start out red-hot, connecting on five threes in the opening period. The only bad thing? We didn’t hear much from him after that. In fact, he didn’t even attempt a shot in the third quarter, which was the period where the Bucks really seemed to let their foot off the gas. As long as he’s in the starting lineup, getting him the basketball should be a piece of the Bucks’ gameplan, as he’s now shooting over 50 percent on the season. We’ll see if he’s able to scratch off another valid effort in a big showdown in Salt Lake City on Friday night.